On December 31, Travelex, an international foreign currency exchange company, fell victim to a cyberattack that temporarily affected several services within the organization. As a precaution to protect data and reduce the spread of the virus, Travelex had to shut down all of its computer systems, causing issues for the 1,500+ stores across the world. 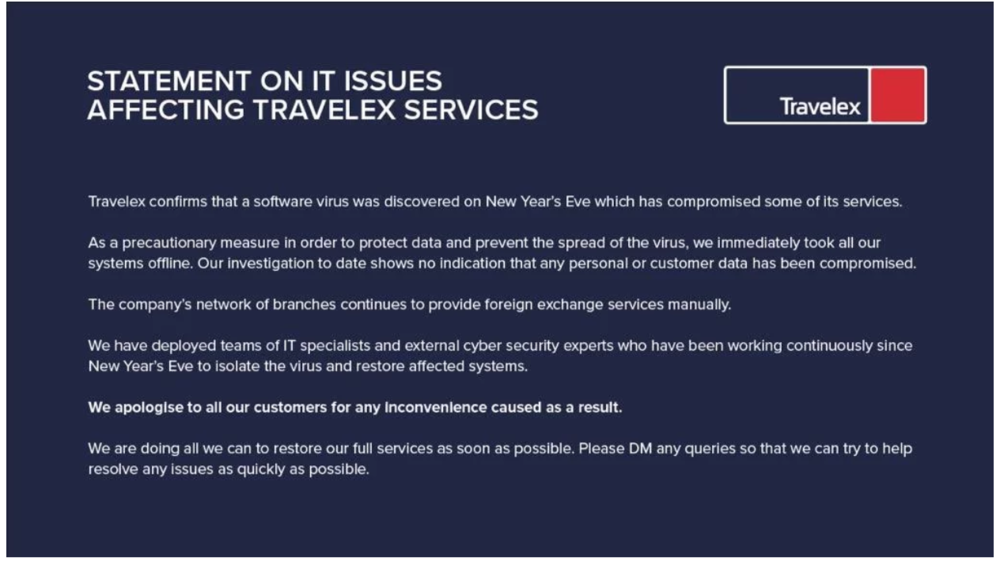 According to ComputerWeekly, it was a Sodinokibi ransomware attack that infiltrated the company.

A conversation between BleepingComputer and the Sodinokibi group revealed that the malicious actors have “encrypted the entire Travelex network and copied more than 5GB of personal data, which includes dates of birth, social security numbers, card information and other details.” Furthermore, the Sodinokibi group states that they’ve deleted the backup files and are demanding a $3 million ransom.

Information on how the attackers gained an initial foothold on the Travelex network has not been revealed; however, Travelex has been known to utilize insecure services in the past.

Microsoft recently published a months-long study into the impact of RDP brute-force attacks throughout various organizations in the corporate world. In the study, over 45,000 workstations running Microsoft Defender Advanced Threat protection collected data on RDP-login related events. And researchers for in total, 0.08% of RDP brute-force attacks are successful, and they last an average of 2-3 days.

RDP stands for Remote Desktop Protocol; it’s a feature within the Windows operating system that allows users to log in to a remote computer using a similar interface as a standard desktop.

According to Microsoft, “successful brute force attempts are not uncommon; therefore, it’s critical to monitor at least the suspicious connections and unusual failed sign-ins that result in authenticated sign-in events.”

Recommendations for system administrators to lessen the risk of a successful RDP attack include combining and monitoring multiple signals that incorporate the:

Active Network, a web-based school management software for kindergarten to twelfth-grade schools and counties, has suffered a significant security breach affecting thousands of individuals. According to the company’s breach notice, parents who accessed a portion of their accounting software to pay school fees or pay for materials between October 1, 2019, and November 13, 2019, may have had their personal information stolen.

Malicious actors were able to steal payment data through a software skimmer as parents sent payments through the Active Network web application.

Active Network has launched an investigation with the help of a cybersecurity firm to analyze the issue further.

A Reddit user named Dio-V first reported the issue, stating that their Google Nest Hub (which is connected to a Xiaomi Mijia 1080p Smart IP camera) shows videos of strangers instead of their footage. The post drew a great deal of attention, including Google Support – who stated that Google would disable “all Xiaomi integrations on [their] devices” while they work on the issue. 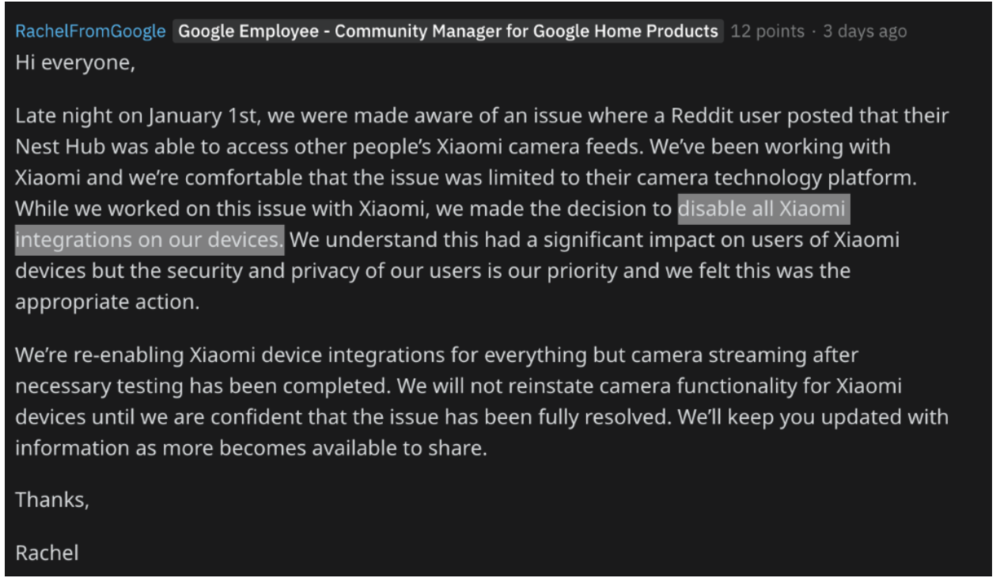 Further investigation into the issue revealed that a cache update to improve camera streaming quality was responsible for the issue and only happened in “extremely rare conditions.” A Xiaomi spokesperson spoke to Threatpost, stating that the Reddit user experienced this bug due to poor network conditions in combination with the cache update.

As connected cameras have caused significant privacy issues for consumers, bugs like these certainly do not instill confidence in the technology.

A Chrome extension was recently caught injecting JavaScript code into web pages to steal private keys and passwords from cryptocurrency portals and wallets. The malicious wallet, aptly named Shitcoin Wallet, allows users to manage Ethereum (ETH) coins as well as ERC20-based tokens. To use the service, though, a user has to install a chrome extension or download a Windows desktop app.

According to Harry Denley, the director of security at MyCrypto, the Shitcoin Wallet utilizes malicious code when users “navigate to five well-known and popular cryptocurrency management platforms.”  The code then steals login credentials along with private keys and sends them to an erc20wallet[.]tk third-party website.

According to ZDNet and Denley, the malicious process follows these steps:

It is still unclear whether the Shitcoin Wallet team or a third-party actor is responsible for the malicious code.