Microsoft customers who have requested technical support within the past 14 years may have had their queries and personally identifiable information compromised due to a misconfigured server. Last week, Microsoft admitted that Customer Service and Support (CSS) records containing logs of conversations between customers and staff members were available online for anyone to download.

Microsoft has stated that the personally identifiable information in the database was not in a standard format, so it’s unlikely an outside party could expose it. However, Bob Diachenko, the cybersecurity researcher who discovered the unprotected database, stated it contains partially sensitive data, including:

Those impacted by the leaked database will be notified in the upcoming weeks.

In a recent press release, Mitsubishi Electric states that it fell victim to a hack last year. According to the company’s statement, hackers were able to gain access to its internal network and steal 200 MB of files on June 28, 2019. The stolen documents seem to be primarily related to data surrounding employees, including:

However, the Japanese media dug deeper into the hack and have discovered that the initial foothold into the company was a vulnerability in one of the antivirus products it uses. According to a source close to ZDNet, the hackers exploited CVE-2019-18187, a directory traversal and arbitrary file upload vulnerability in Trend Micro OfficeScan antivirus.

In October 2019, Trend Micro sent out  a security advisory stating that “affected versions of OfficeScan could be exploited by an attacker utilizing a directory traversal vulnerability to extract files from an arbitrary zip file to a specific folder on the OfficeScan server, which could potentially lead to remote code execution (RCE).” Japanese media has stated that Tick, a Chinese state-sponsored group, was responsible for the hack.

A modified version of Ryuk ransomware is stealing sensitive data such as financial statements, banking information, and more from military and government entities. MalwareHunterTeam discovered the new variant, which contains an additional module that scans for files with targeted keywords. Previously, Ryuk would only scan Word and Excel documents within a targeted computer.

According to BleepingComputer, the full list of targeted extensions includes:

If the scanning module discovers one of the above extensions, it then checks the contents of the file to see if it contains any of the keywords listed below. 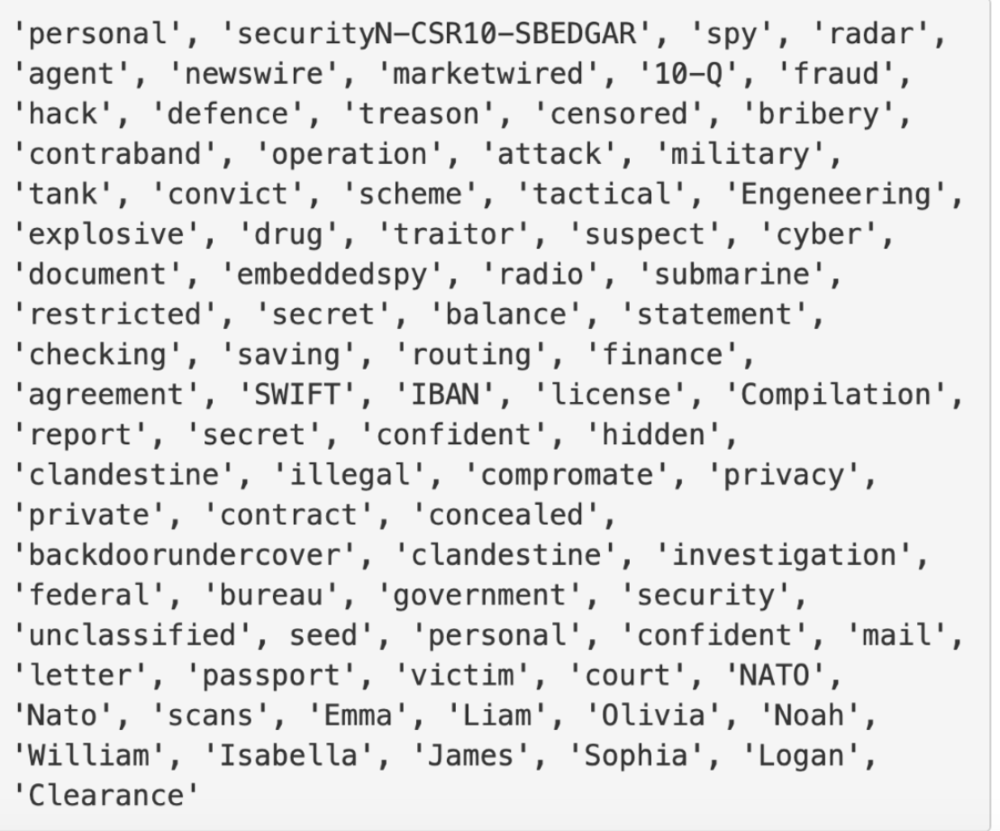 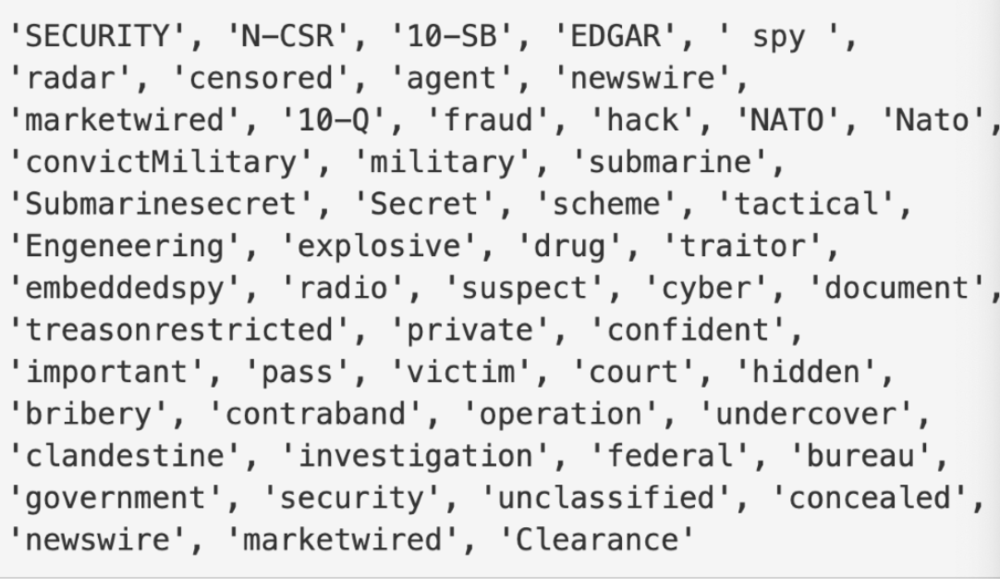 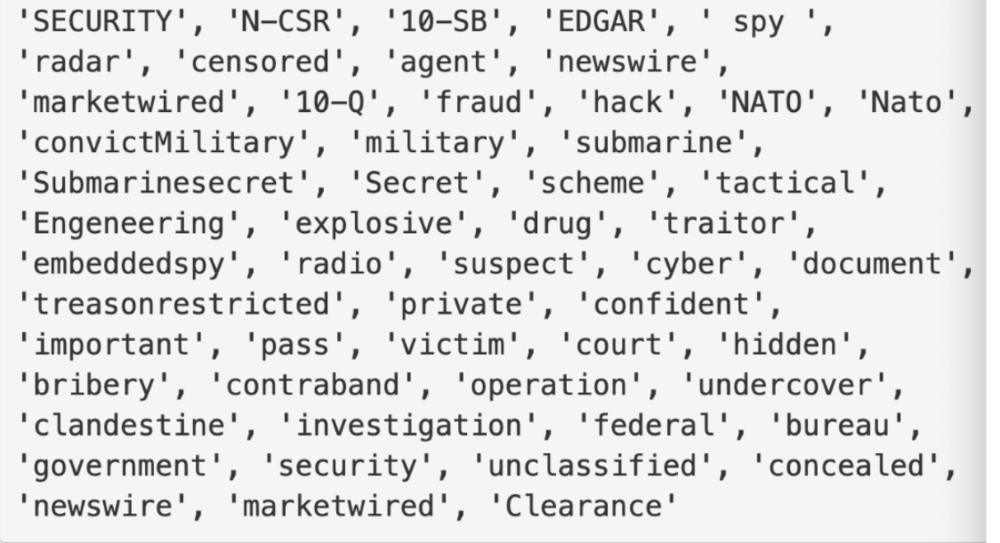 As always, keeping your computer anti-virus software up-to-date and practicing proper security hygiene will help you decrease the likeliness of infection.

Kaspersky Lab has revealed that the Shlayer malware was the most common macOS threat throughout 2019. Last February, the malware targeted MacOS versions 10.10.5-10.14.3 by posing as an Adobe Flash update. The variant deployed numerous levels of obfuscation and also provided legitimate Apple developer ID in many of its initial DMGs.

Unlike other MacOS malware, Shlayer variants are written in python and their operation algorithms differ from other threats. 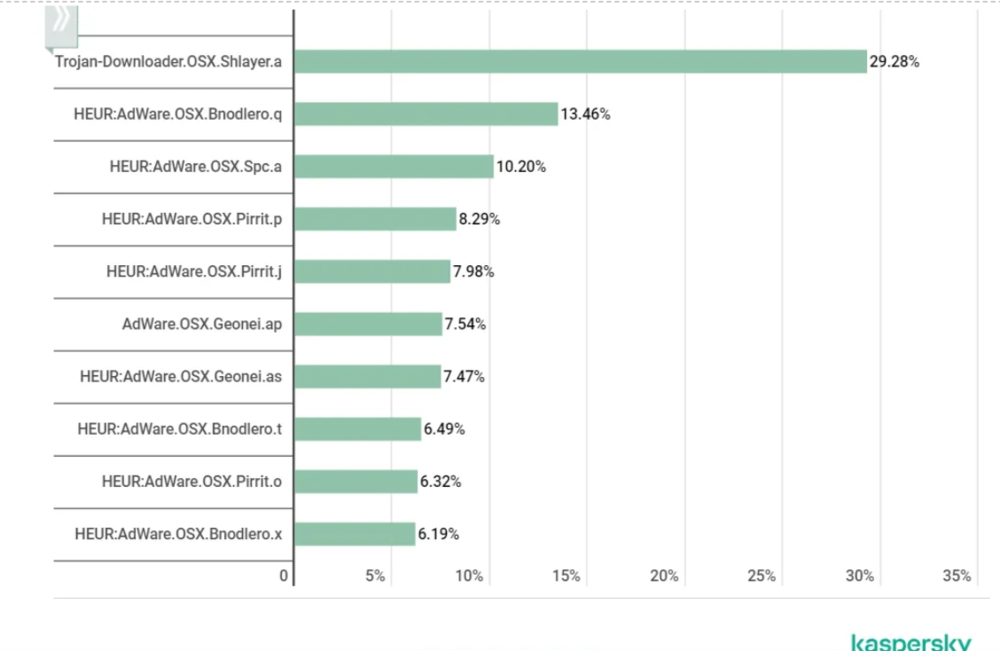 A high severity vulnerability in Cisco’s popular WebEx application allows strangers to connect to a password-protected meeting without any authentication. The attacker only needs the meeting ID and a WebEx app on either iOS or Android to gain access.

According to Cisco’s advisory last Friday, “The vulnerability is due to unintended meeting information exposure in a specific meeting join flow for mobile applications.” To explain further, “An unauthorized attendee could exploit this vulnerability by accessing a known meeting ID or meeting URL from the mobile device’s web browser.”