The wallet includes support for many popular cryptocurrencies, including Ethereum, Basic Attention Token, Maker, Auger, OmiseGo, ZRX, and several stablecoins. It also provides users with the ability to add ERC20 tokens that the wallet doesn’t include by default. Surprisingly, the wallet does not yet support Bitcoin. 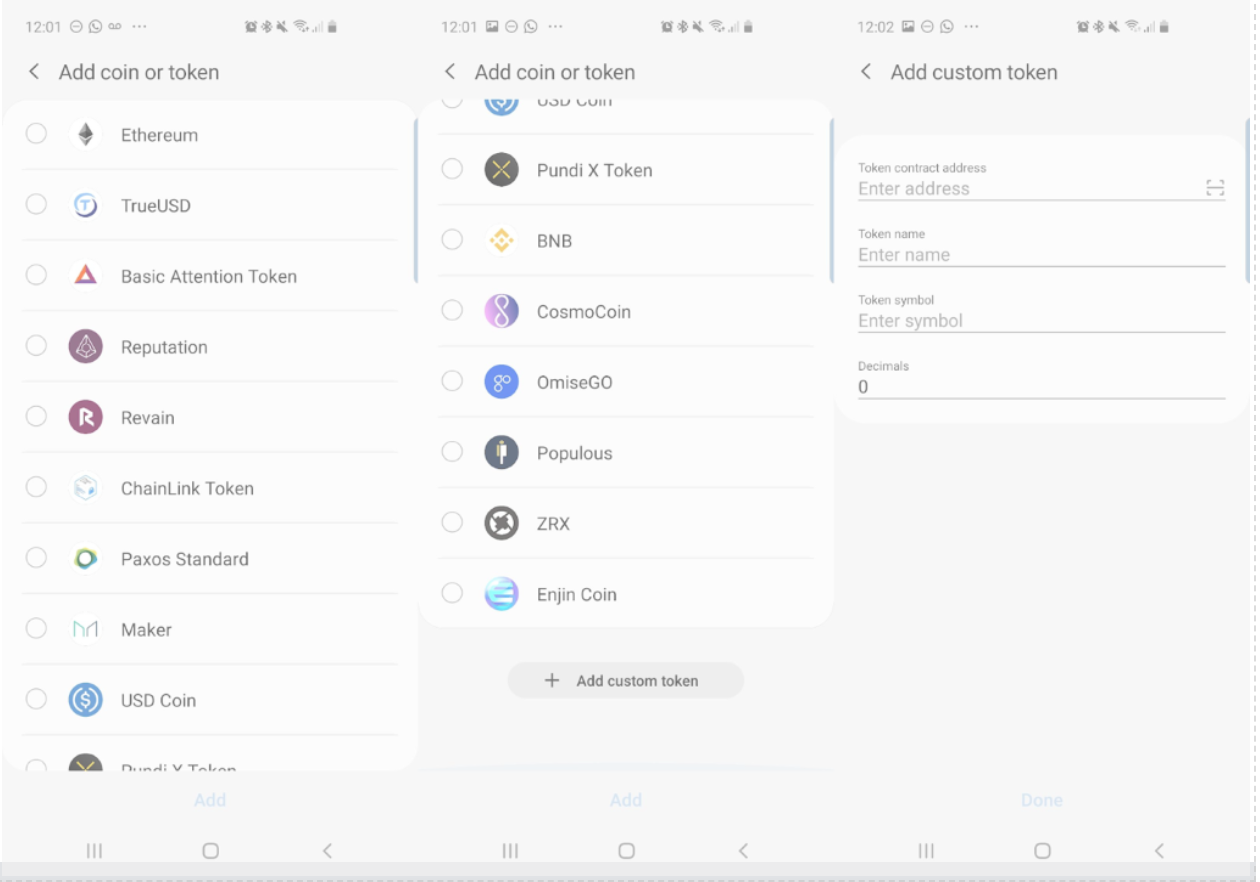 As with most blockchain wallets, you’re able to store, send, and receive cryptocurrency on the app. The Samsung Wallet improves the usability, however, with an address book. In the address book, you can give nicknames to wallets that you consistently transact with to avoid needing to continuously enter complex public addresses.

Samsung’s wallet utilizes the Samsung Blockchain Keystore to create and securely store private key information. Although there have been rumors that the wallet will eventually sync with Samsung Pay, this feature is not yet available. 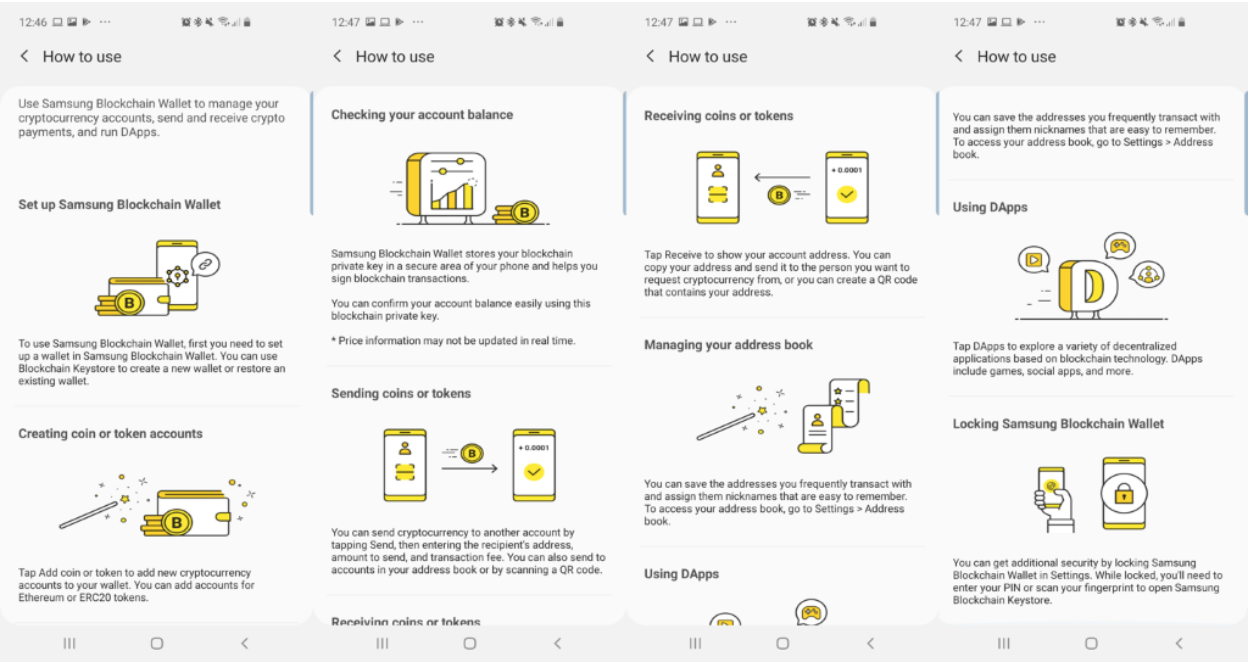 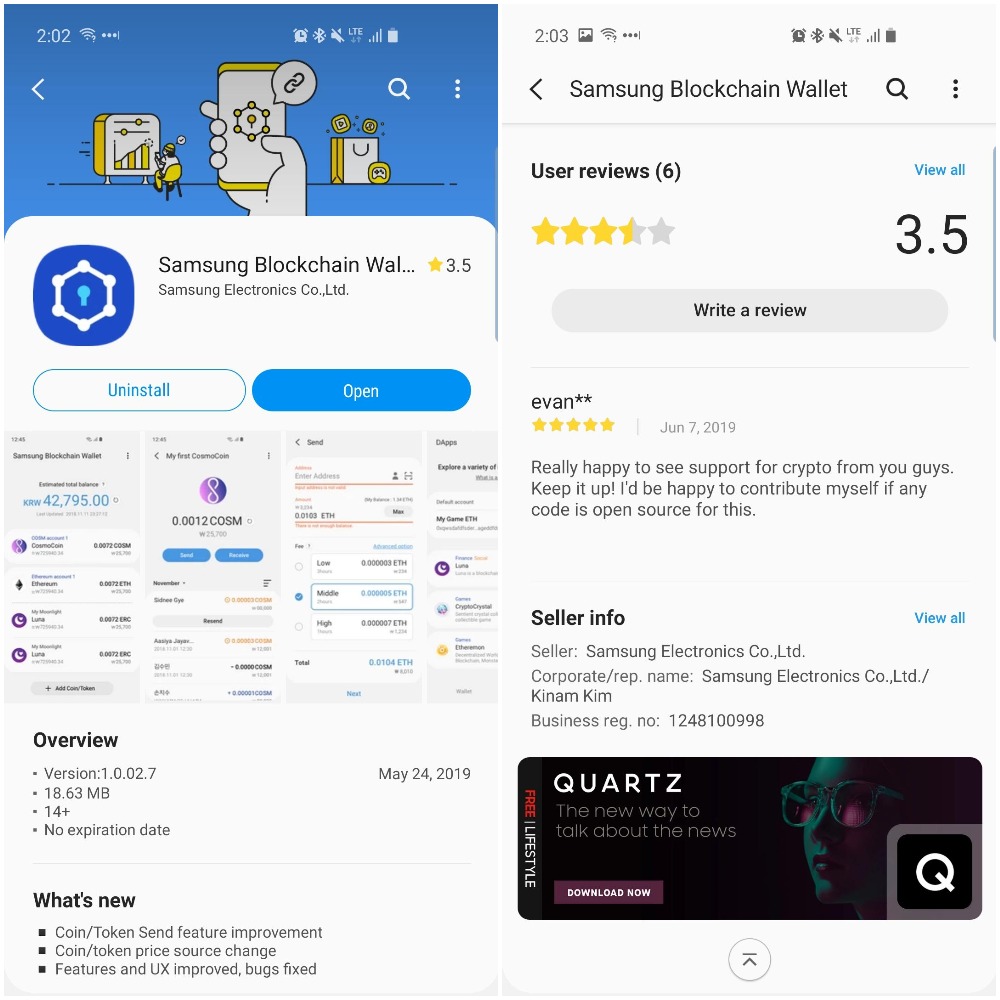 Samsung Blockchain Wallet seems to have been available in the Galaxy store since May 24, 2019.