Simply put, privacy coins keep your identity anonymous when you make transactions. Most blockchains aren’t anonymous, so using a traditional cryptocurrency like bitcoin is akin to making your bank account statement publicly available. 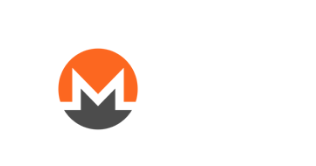 Monero is the top privacy coin by market cap, and some people believe it to be the most anonymous coin out there. Its foundation is CryptoNote, a privacy protocol that implements ring signatures to make your payments untraceable and one-time addresses to ensure anonymity when receiving transactions.

And the project doesn’t stop there. Monero has a research team dedicated to staying on the forefront of cryptographic privacy, so they’re continuously implementing innovative features. One of the recent implementations is Kovri, an overlay network that hides your geographic location and IP address through garlic encryption and routing.

Monero is challenging to build on due to its numerous privacy features. Because of this difficulty, the coin hasn’t reached the level of merchant adoption that its competitors, namely Dash and Zcash, have accomplished.

Monero’s privacy reputation is a double-edged sword. Its stellar track record has placed it at the forefront of dark web transactions. While this use proves Monero’s value, it paints the coin in a bad light to the rest of the world.

Dash, previously called Darkcoin, began in 2014 as a fork of Bitcoin. Although Dash includes privacy features, the coin’s overarching goal is to be a form of “portable, inexpensive, divisible and fast digital cash for both the internet and everyday life.” To keep focus, though, let’s stick with analyzing its privacy functionality.

When making a transaction, Dash gives you the option to send your coins via PrivateSend. PrivateSend implements CoinJoin, mixing the coins from your payment with other PrivateSend coins before sending them to their recipient. Dash’s masternodes facilitate this mixing, and your transaction may pass through several masternodes (mixing at each step along the way) before reaching its final destination.

Dash implements a version of CoinJoin to protect your identity. | Source: MARIODOESBREAKFAST/Wikipedia

Therefore, the coins that your recipient receives don’t have any association with the wallet from which you initiated the exchange.

Not all Dash transactions are anonymous, which, to some extent, jeopardizes the anonymity of the entire network. Because you can send Dash publicly, users may flag your activity as suspicious if you opt for the PrivateSend feature instead.

Additionally, PrivateSend has an inherent vulnerability regarding the need for masternodes. Because masternodes control Dash’s PrivateSend process you need to trust that they won’t leak your transaction information. The information they see is minimal, but a masternode or colluding masternodes could begin linking accounts by connecting the addresses they do know in each transaction.

Zcash utilizes Zero-Knowledge Succinct Non-Interactive Arguments of Knowledge (zk-SNARKs) as its primary privacy mechanism. Zk-SNARKs prove the validity of a transaction without having to reveal the details of that transaction. Therefore you can send ZEC, Zcash’s currency, while hiding your address, the recipient’s address, as well as the amount. 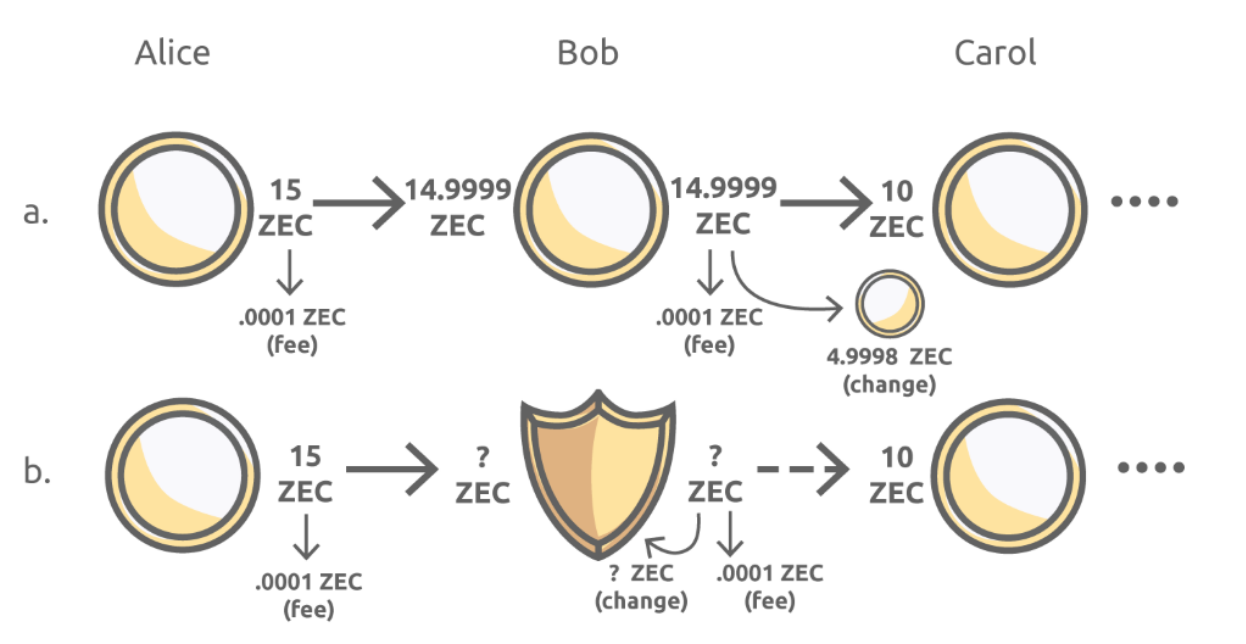 Zcash gives you the option of transparent or shielded transactions. | Source: Zcash

Zcash developers built the project on the original Bitcoin code base, but the two coins share little in common today. One significant difference is that Zcash is run by a for-profit entity, the Electric Coin Company. This company receives 10 percent of the mining rewards as a “Founder’s Reward” to support the continued development of the project.

Like Dash, Zcash’s shielded transactions are optional, so it comes with the same risks that we outlined above. Founder Zooko Wilcox has gone so far as to claim that Zcash is traceable enough to track criminals. As you can imagine, several community members have had issues with that statement.

More importantly, though, Zcash’s integrity relies on a trusted setup.

The project’s creation required six individuals to create an unknown number of which the protocol uses a derivation. Afterward, the participants destroyed those six components. If someone were to know the secret number, or if the participant’s colluded, they’d be able to mint ZEC out of thin air without anyone knowing. It’s unlikely that the setup was compromised; however, the risk does exist.

Bytecoin is the project that Monero originally forked from, so it also implements the CryptoNote protocol. The coin first launched in 2012 making it one of the oldest cryptocurrencies available.

A unique attribute of Bytecoin is its variable constraints. The blockchain’s mining difficulty, size, and excess block size penalty all regularly change following variable equations or a community vote.

Once Monero forked away from Bytecoin, the majority of the development community followed suit. Bytecoin has slowly fallen by the wayside in the shadow of its predecessor.

There’s quite a bit of controversy surrounding what some consider to be the original privacy coin.

Some people, including Monero developer Riccardo Spagni, believe that the Bytecoin creators mined the majority of Bytecoin’s supply before announcing it to the public. Doing so unfairly put an immense amount of power into the hands of the few and brought a level of centralization that’s rather unwelcome in the cryptocurrency space.

Last on our list is Verge, a coin that’s fallen victim to multiple 51% attacks yet still has a top 60 market cap ranking. It serves as a prime example on why you should do your due diligence when selecting a privacy coin, or any cryptocurrency for that matter.

Verge obscures your IP address, giving you the option to use Tor or I2P. Similar to Monero, Verge enables senders to create one-time stealth addresses for each of their recipients automatically. The development team is in the process of implementing RingCTs as well.

Verge doesn’t bring to the table any of privacy functionality that the other coins on this list don’t have. As we mentioned above, hackers have exploited loopholes in the network’s code numerous times to perform 51% attacks on the blockchain. So, while the developers may have the best intentions, it’s difficult to trust a privacy coin with no added benefits and continuous security flaws.

As you can see, each of the top privacy coins has its own set of strengths and weaknesses. Are you looking for absolute anonymity? Monero may be your best bet. Do you want something that you can easily transact? You’ll probably favor Dash or Zcash.

It’s likely that more than one of these privacy coins is here to stay. So a future in which you hold a couple of different cryptocurrencies and base what you use on each scenario isn’t far-fetched.