What Is Penetration Testing?

Penetration testing, or pen testing for short, is an authorized attack against your computer system to discover and simulate exploits of potential security vulnerabilities. Often, professionals describe it as ethical hacking. Penetration tests enable you to identify weaknesses in your business’s network that you may not have discovered on your own.

There is no single type of penetration test. Instead, the umbrella term includes a variety of distinct cybersecurity tests with a shared mission – finding vulnerabilities in your organization and demonstrating the impact of exploiting them.

In this penetration testing guide, we cover:

A pen tester’s first move is to gather information and perform reconnaissance. To do so, (s)he utilizes open-source intelligence (OSINT) tools to unearth any public information about your business, including (but not limited to):

OSINT reconnaissance is a passive technique that doesn’t involve probing any part of your organization or its network. The tester simply figures out what anyone else can through public information. 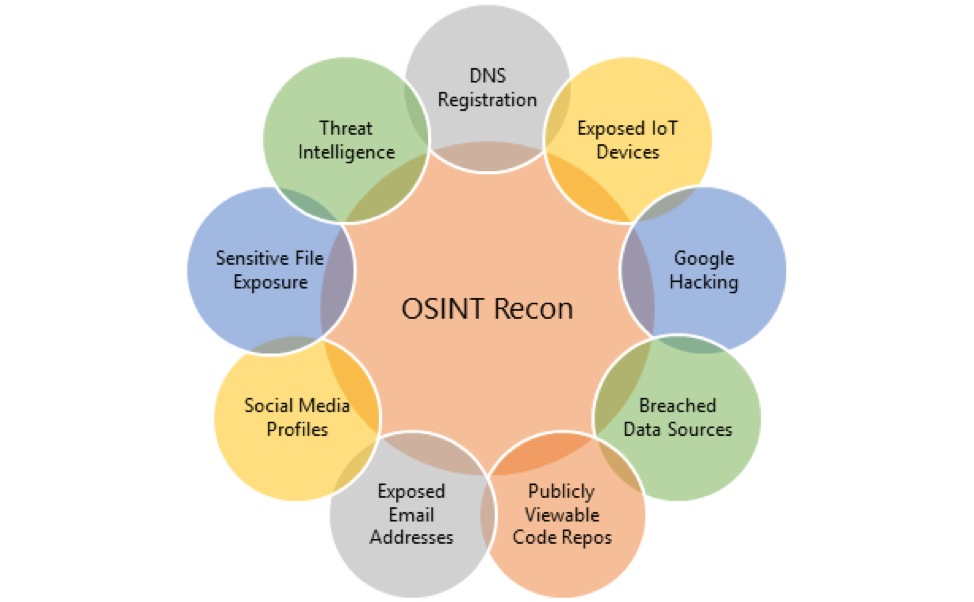 You’d be surprised at how much information a cybercriminal can discover about your organization through open-source intelligence.

Depending on the type of penetration test, the tester will utilize several different tools to map out your networks, organization, website, and APIs in a more active manner. The overarching goal during reconnaissance is to learn as much as possible about your organization as well as its systems and networks.

Following reconnaissance, the tester launches scanning tools to discover potential vulnerabilities and attack vectors in your systems. The tester then thoroughly reviews the vulnerabilities s(he) found to weed out any false positives.

Now that the tester has a list of your organization’s security weaknesses, (s)he attempts to gain access to your system, sensitive data, and privileged functions. Once inside, (s)he works to elevate privileges, pivot through the network/application, and analyze the potential damage of a successful attack.

Remember, the pen tester is only simulating an attack, so your system won’t experience any damage throughout testing. 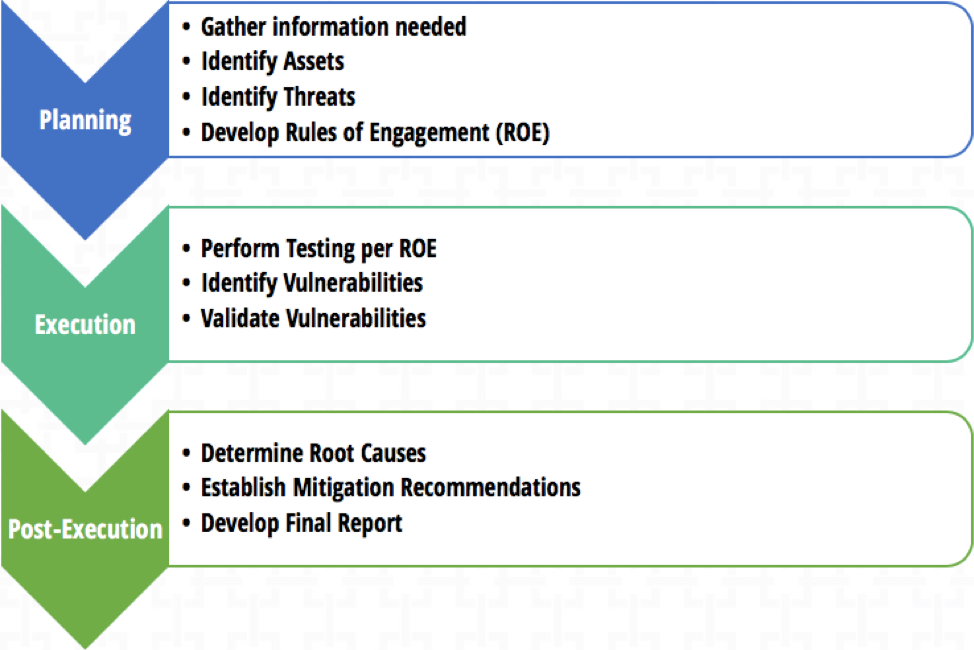 Although pen tests vary in size and scope, they generally follow the same process.

Most importantly, pen testers document their actions throughout all the penetration testing steps and compile a report upon completion. The report includes:

One way that penetration tests vary is through the amount of information a tester receives. The level of organization information you hand over dictates whether you run a black box or white box test.

In a black box penetration test, the tester receives no information about your network infrastructure. (S)he effectively simulates an attack that an outside cybercriminal would perform. Although black box tests are the most effective as they emulate a real-world scenario, they’re your most expensive option.

Testing with different levels of information has distinct advantages and disadvantages.

In a white box pen test, the pen tester has comprehensive information about your computer network. This type of testing is typically faster and cheaper than black box testing and may uncover vulnerabilities that a black box penetration test wouldn’t. However, it does a poor job of simulating real-world scenarios.

Finally, you’ve got grey box testing. As you could probably guess, grey box testing mixes aspects of white and black box penetration testing. In a grey box test, you give the tester some information about your infrastructure but still withhold certain details.

Penetration tests come in all shapes and sizes. Some focus on specific aspects of your business, such as your data storage procedures, while others take a more holistic look. The following are four of the most common types of pen tests, plus one additional test that you should have in your cybersecurity arsenal as well. 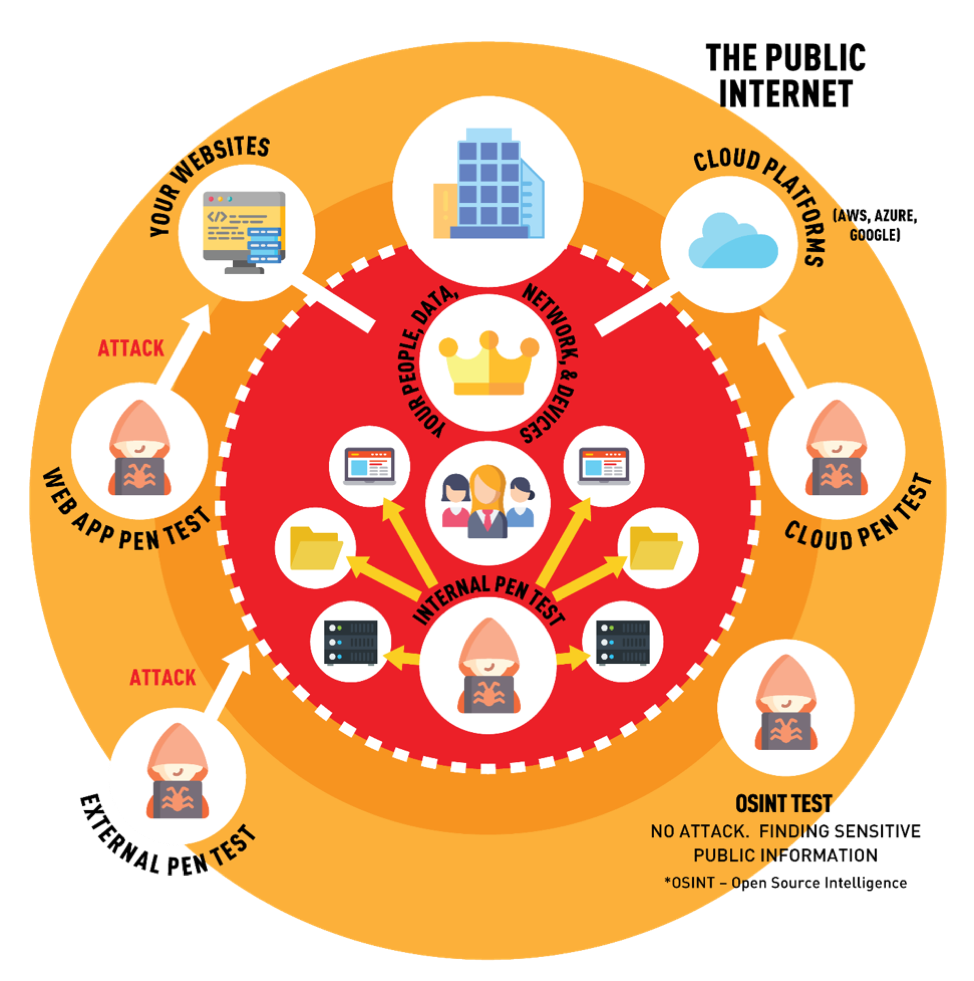 Penetration tests examine all aspects of your business, both internal and external.

External network penetration testing simulates an attack by an external threat on your business. The tester doesn’t have access to any administrative roles or login credentials and usually attacks via the Internet.

This type of test identifies firewalls, routers, and other perimeter devices as well as the services you allow through them. With that information, the tester creates attacks on those devices through HTTP/HTTPS, SMTP, POP, and other common protocols.

The primary benefit of external network testing is discovering how an outside hacker could damage your company. It helps you stay one step ahead of your adversaries or any cybercriminals.

Opposite of an external test, an internal network penetration test simulates an attack stemming from inside your organization. It assumes that an attacker is an employee with access to your network or a malicious user who’s gained access.

Once again, the tester uses the information (s)he reveals in the reconnaissance step to expose and validate any vulnerabilities. Regarding internal network penetration testing specifically, the tester is looking for:

Internal network tests are vital to determine the extent of damage that an in-house attack can cause. In this way, it allows you to mitigate the risk of insider threats proactively.

Additionally, internal pen tests help you identify gaps in your internal security mechanisms and formulate solutions to those gaps.

Web application penetration testing, not surprisingly, focuses on specific web app and API vulnerabilities. In this type of analysis, testers check that you’re implementing appropriate information security controls to preserve the confidentiality, integrity, and availability of your application.

Additionally, web app testing exposes any of the OWASP top ten API risks. These risks include (but aren’t limited to):

Most importantly, web application pen testing reveals flaws in web apps and APIs before a breach occurs in production. And like external pen testing, it also discovers any sensitive information you may be leaking to the public.

They scan services like Azure, Google Cloud, and Amazon Web Services (AWS) for weak credentials and confidential information. And they also identify the appropriate rights and roles for users in those services. Doing so reveals any instances in which a user or system has access to a part of the network in which they shouldn’t.

When using cloud services, there’s a shared responsibility of security between your organization and your service provider. Whether you’re implementing SaaS, PaaS, or IaaS, there are still steps you need to take to secure your data, application, operating system, etc. Cloud pen testing reveals the areas of which you’re responsible and whether your security practices pass muster.

As with the previous types of penetration tests, cloud pen testing exposes vulnerabilities before attackers have a chance to take advantage of them. Cloud testing reveals whether you’re leaking any private user data, authentication credentials, or any other confidential information from your cloud services.

With companies like Capital One and Facebook receiving major blowbacks for recent cloud data breaches, you need to protect yourself.

Although not technically a pen test, social engineering testing is crucial to stellar cybersecurity. Even if your computer system is completely secure from a software and hardware perspective, you still need to account for human-error risk.

Before launching an attack on a computer system, many criminals will attempt to gather credentials through social engineering. Social engineering testing simulates those efforts through several means – such as sending phishing emails to your employees, for instance. 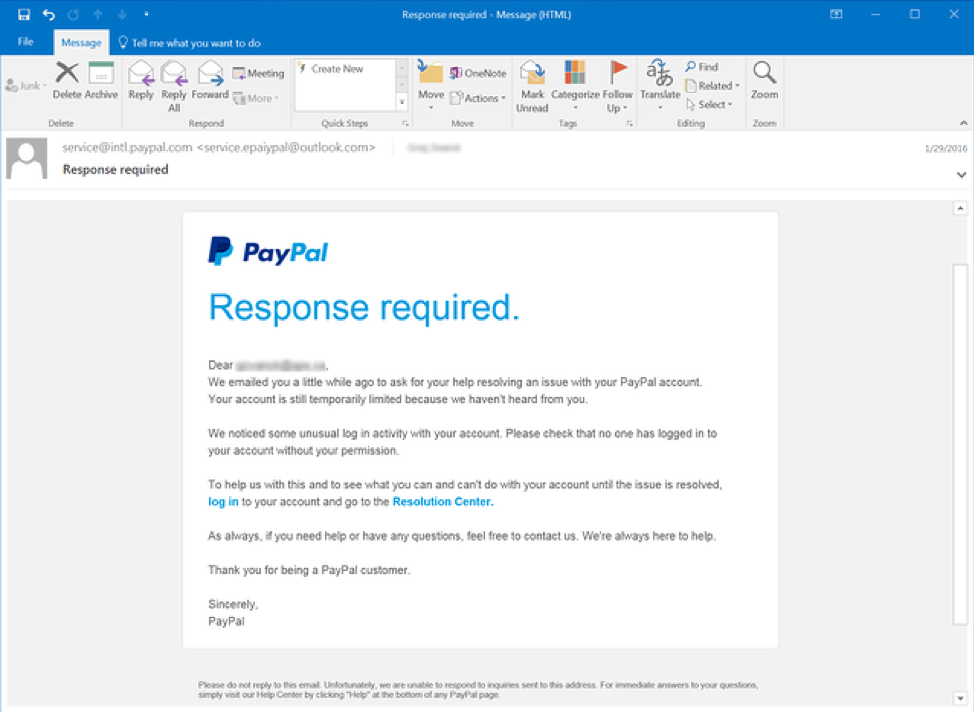 Human-error tends to be the most challenging cybersecurity threat to overcome. Implementing social engineering testing enables you to nip potential problems in the bud. It reveals which employees (or users) are most susceptible to social engineering, making it simple to target them for additional training and education.

What to Look for in a Pen Testing Company

Pen testing is a necessity for any reputable organization. There are only so many vulnerabilities you can discover internally. Bringing in an outside perspective guarantees that you test and account for as many threats as possible.

Finding a quality penetration testing company can be a daunting task, however. How do you separate the legitimate companies from the duds?

Well, you can start by examining the certifications of the penetration testing company that you’re considering. The cybersecurity industry contains a handful of industry-standard organizations that provide accreditation only to the individuals that pass their rigorous criteria.

Other than checking for certifications, you need to choose a penetration testing company that you trust. Ask for references and see if you can get a sample of one of their testing reports. Failure to supply either of those things is a visible red flag.