Libra is a Facebook-created stablecoin with a goal of being “a simple global currency and financial infrastructure that empowers billions of people.” As a stablecoin, Libra is aiming for a consistent price, avoiding the volatility seen in other cryptocurrencies.

The Libra Reserve, containing a variety of low-risk, low-interest assets, backs 100 percent of the Libra tokens in circulation. The only time Libra creates new tokens is when you purchase them with fiat (i.e., U.S. dollars). When you sell Libra for fiat, the network destroys the tokens in a process called “burning.”

Although Facebook is creating Libra, the Libra Association operates and maintains it. The Association’s headquarters resides in Geneva, Switzerland. 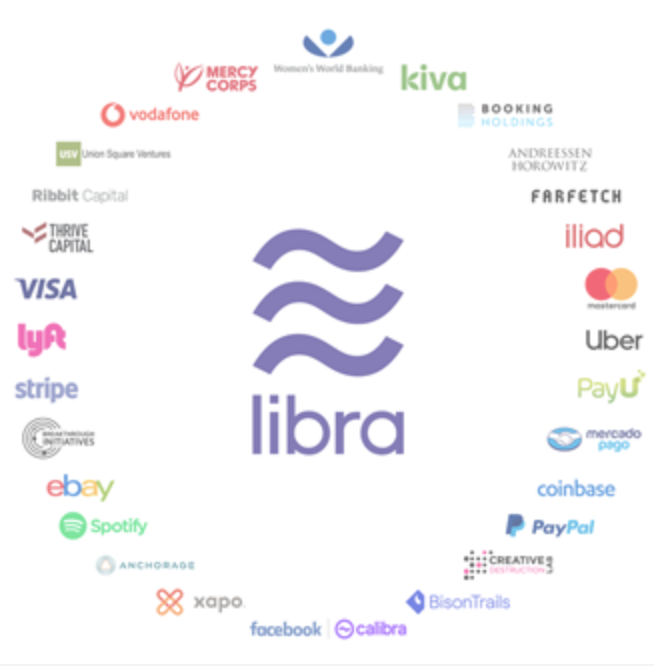 The Libra Association is planning to expand to include 100 members by the cryptocurrency’s launch in the first half of 2020. And, eventually will consist of up to 1,000 validators.

What Does the Libra Association Do?

The Libra Association members act as validator nodes on the network, verifying transactions and creating new blocks. The system utilizes an updated version of HotSuff, a type of Byzantine Fault Tolerance (BFT) consensus. The team calls it LibraBFT. Unless 34 percent of the validators act dishonestly, the network should continue to function correctly using LibraBFT.

In this mechanism, “validators receive transactions from clients and share them with each other through a shared mempool protocol.” From there, validators rotate to become leaders in a series of rounds. The leader proposes a new block of transactions to add to the chain, and the remaining validators vote to approve it. Once the block gets a passing vote from 51 percent of the validators, the leader creates a quorum certificate (QC) and broadcasts it to the validators. A block is committed to the chain once it receives a QC and the two subsequent blocks receive a QC.

You need to pay $10 million and have access to some series computing hardware to become a Founding Member. In return, though, you receive Libra Investment Tokens, a separate type of cryptocurrency. As an Investment Token holder, you earn dividends on the interest that the Reserve gains through the network’s assets.

Eventually, the Libra team wants to switch the consensus mechanism to Proof-of-Stake (PoS), which would further decentralize the network. However, that consensus mechanism still gives the most power to the entities holding the most Libra coins, likely the Founding Members.

Libra transactions are meant to be quick and low-cost. And at launch, it should be able to handle 1000 transactions per second.

Similar to Ethereum, transacting Libra requires a small amount of gas, effectively another word for a transaction fee. The gas fee is negligible – fractions of a penny for each transaction.

Our team noticed a concerning point in the technical white paper. Even if your transaction fails, you’ll still need to pay the gas fee. This bug feature may cause issues if, for instance, a resource-intensive, faulty smart contract doesn’t include enough gas with its operation.

Bitcoin vs. Ethereum vs. Libra

It’s difficult not to compare Libra to the two most popular cryptocurrencies – Bitcoin and Ethereum. But Libra co-creator David Marcus argues that it’s like comparing apples to oranges.

The most apparent difference between Libra and the other two cryptos is that Libra is a stablecoin backed by traditional assets, it’s price won’t fluctuate as much in comparison to Bitcoin’s and Ethereum’s price.

Regarding consensus, LibraBFT is more centralized than the Proof-of-Work (PoW) consensus that Bitcoin and Ethereum implement. However, both Libra and Ethereum are planning to switch to Proof-of-Stake (PoS) sometime in the future. Doing so should bring more decentralization to the Libra blockchain.

People commonly view Bitcoin as a transactional cryptocurrency and Ethereum as a development platform for smart contracts. Libra lies somewhere in the middle. There’s no arguing that Libra’s primary purpose is for transactions. However, the project’s virtual machine (MoveVM) and Move programming language allow smart contract development.

Is Libra Safe to Use?

With open-source code and the backing of some of the world’s largest companies, you can consider Libra safe to use. On top of that, Libra’s native wallet, Calibra, offers insurance protection:

“Calibra also has in-app reporting and dedicated customer service. In the rare event of unauthorized fraud, you will receive a full refund.” 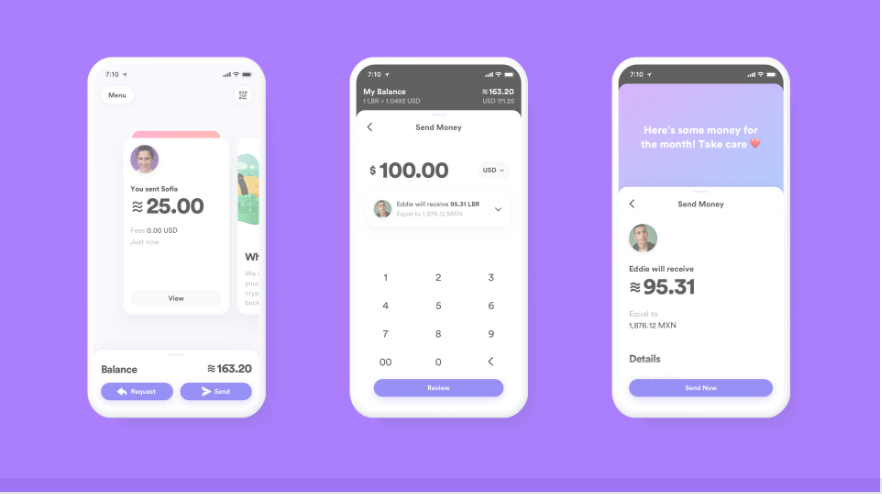 That being said, there are some potential problems of which you should be aware.

Facebook doesn’t have the most exceptional track record regarding user privacy. Whether it’s the Cambridge Analytica scandal, storing passwords in plaintext, or falling victim to numerous data leaks, the list of mistakes goes on and on. If financial privacy is of value to you, you should be extremely cautious if you plan to use Libra.

While LibraBFT contains plenty of benefits regarding speed and scalability, it does have a significant security risk. Remember the 34 percent figure we mentioned earlier? If over one-third of the validators collude to act dishonestly (a 34% attack), they could destroy the integrity of the network through double spends and blockchain forks.

On a positive note, this type of attack is unlikely. Founding Members are paying $10 million plus operational expenses to become validators, so they have a vested interest in the success of the network.

A popular critique of Libra is its lack of censorship-resistance. According to the white paper, “The Libra protocol does not link accounts to a real-world identity. A user is free to create multiple accounts by generating multiple key-pairs. Accounts controlled by the same user have no inherent link to each other. This scheme follows the example of Bitcoin and Ethereum in that it provides pseudonymity for users.”

However, any Libra wallet or exchange will likely require you to enter personal information for Know Your Customer (KYC) and Anti-Money Laundering (AML) regulations. Therefore, Facebook (or another entity) could associate you with your financial activity. Additionally, Calibra will be a custodial wallet meaning that it will have control of your keys, which effectively controls your funds.

With Bitcoin and other cryptocurrencies, there are no central authorities to block your transactions or freeze your funds. Because a small conglomerate of organizations operates the Libra blockchain, there is a possibility of financial censorship.

Already, Facebook has shown that it doesn’t hesitate to ban user accounts that don’t follow its terms of service. We can expect the same level of authority with Libra.

What Does Libra Mean for the Blockchain Industry?

Unfortunately, Libra’s white paper release has drawn a new wave of regulatory eyes to the industry. France is spearheading a regulatory G7 taskforce to ensure that Libra and other cryptocurrency follow the consumer protection and anti-money laundering laws in the countries with which they operate.

Additionally, Representative Maxine Waters, chairwoman of the United States House of Representatives’ Financial Services Committee, wants Facebook to stop Libra development entirely “until Congress and regulators have the opportunity to examine these issues and take action.”

The blockchain industry is split over the potential benefits of Libra. Some figureheads, like Mastering Bitcoin author Andreas Antonopoulos, don’t view Libra as a real blockchain. 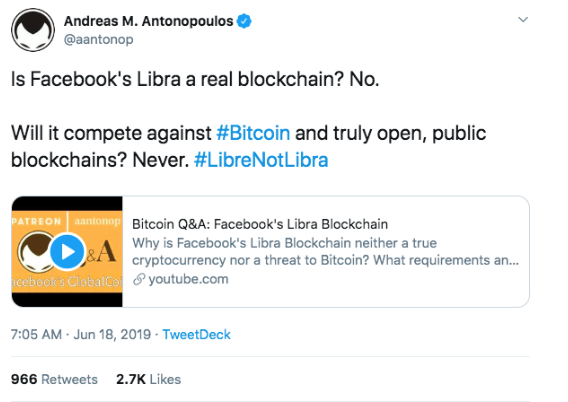 ShapeShift CEO Erik Voorhees holds a more positive outlook toward the new cryptocurrency. Although he agrees that “Libra is not a ‘pure cryptocurrency’,” Voorhees argues, “Anything that causes normal people to consider new forms of money (apart from their default position of ‘my nation, my currency’) is a good thing. Libra will crack open further global discussion about what money is, and that sunshine will hurt fiat, and help all sound monies.”

Surprisingly, Libra’s details have turned Squawk Box host Joe Kernen, traditionally a Bitcoin skeptic, into somewhat of a Bitcoin evangelist. He argues, “Fiat currency is currency for governments. Libra is currency for corporations. Only Bitcoin is currency for the people…Who put Facebook in charge of bringing currency to the rest of the world?” He believes that Libra is an overall positive for the cryptocurrency industry because it so blatantly lacks what makes Bitcoin and other cryptocurrencies innovative.

Most of the community, though, is taking a “wait and see” approach. I personally lean towards the thinking of Voorhees. Libra, although it has its faults, is a good stepping stone away from fiat currency. As an industry, we need to ensure that new crypto entrants see Libra for what it is – a stable currency controlled by a conglomerate of corporations. While it may be better than the government-backed alternative, it’s nowhere near as instrumental as Bitcoin or other ‘true’ cryptocurrencies in bringing financial freedom to the world.