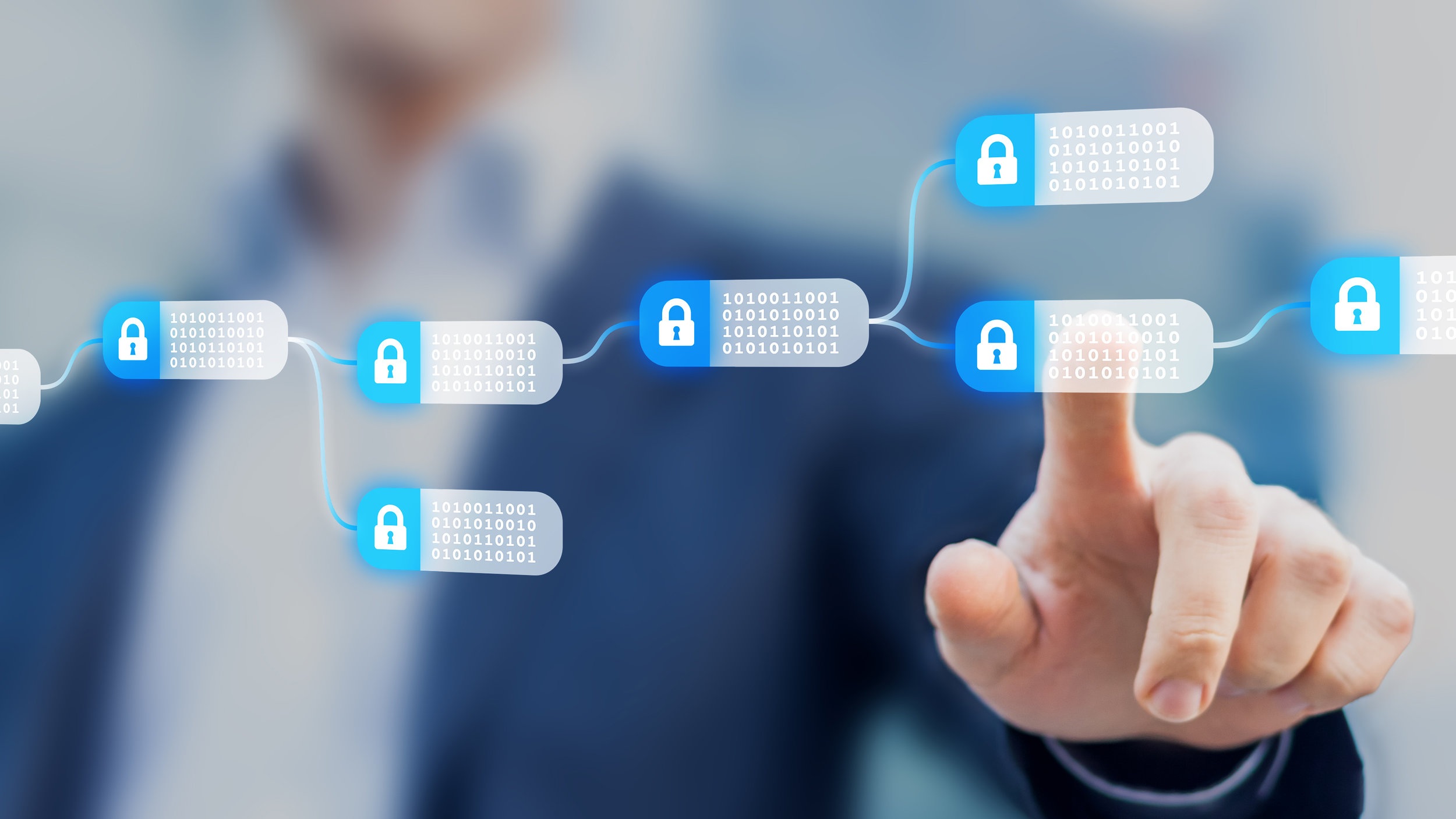 Thanks to the explosive growth of Bitcoin in late 2017, both in price and public consciousness, blockchain technology has experienced a similar surge in awareness and application. Built as the ledger-keeping backbone to Bitcoin, blockchain (also known as distributed ledger) was rightly recognized for its wide-ranging applications, which has given rise to hundreds, if not thousands, of projects spanning from healthcare to agriculture. This growth has been mostly concentrated in emergent companies, based solely on the promise of its eventual ubiquity and able to base entire business models around its complexities. Companies rising around a new technology is a well-recorded phenomenon, though, and unfortunately does not guarantee its success. What often signals long-term survival of that technology, though, is its adoption by the much more established (and, oftentimes, slow-moving) existing leaders of auxiliary industries. Much to the elation of all those enthralled by the promise of universal blockchain utility, those industries are beginning to adopt, and therefore shape the trajectory of, distributed ledgers in “traditional” businesses. To illustrate this phenomenon, major accounting and consulting firm Deloitte recently published a report surveying over 1000 executives across seven countries: the US, France, Canada, Mexico, the UK, Germany, and China. The survey focused on establishing current levels of penetration by blockchain tech into the industries of these executives, as well as current and future sentiment about its viability and trajectory. These companies average over $1 billion in annual revenues, and 86% of respondents were C-suite or equivalent in position. Clearly, the results are viable indicators of sentiment among the world’s leading firms. After that Bitcoin boom that rocketed the entire cryptocurrency market up with it, 2018 was a year of readjustment, most of which manifested in lost value. In late November, Bloomberg reported over $700 billion in total losses to cryptocurrencies since that late-2017 explosion. These losses were not necessarily without positivity, though.

With all the excitement and positive sentiment that drove up prices and valuations came a marked increase in players looking to exploit that enthusiasm. Scam projects and illegal ICOs popped up weekly, and thousands lost significant investments in the hope of profiting off the next big coin that, in these cases, never even existed. Governments were forced to take notice, regulations began to emerge, and consumers became much more careful, leading to the almost-certain death of the quick ICO. This maturation of the industry was an uncomfortable but arguably vital step in long-term adoption. Now, in a market stabilizing around established projects and methodologies that proved sustainable, it follows that other industries would perceive the painful “growth” period to be concluding and sustained investment and interest to be far more viable. The aforementioned Deloitte survey seems to support this conclusion as well.

In addition to solid financial representations of company interest, the survey also covered the attitudes of these executives on the future of blockchain, including adoption and industry disruption potential. An overwhelming 84% indicated agreement with the statement that “blockchain technology is broadly scalable and will eventually achieve mainstream adoption”, with 74% reporting belief from the executive team of their firm that blockchain has compelling business use cases and 69% indicating plans to replace current tracking systems with blockchainbased alternatives. Interestingly, 39% still believe that blockchain is “overhyped”, indicating even amongst strong interest there is persisting sentiment that it’s not quite as amazing as the surrounding rhetoric has made it out to be. 43% indicated that blockchain adoption was in their company’s top 5 strategic priorities, with an additional 29% classifying it as still important but not within those top 5. Only 4% asserted that it will not be relevant to their organization.

The majority of executives believe blockchain will disrupt their industry

The survey also provides interesting breakdown of blockchain sentiment by industry. In perceived disruption, public sector respondents were least likely to respond in the affirmative, with only 46% indicating definite future (or current) disruption of their sector. Automotive and Oil & Gas were most likely to believe in blockchain’s future impact, with 73% and 72%, respectively. These two are not frequently considered in mainstream use cases, so their dominance over other industries in perceived disruption (especially relative to financial services at just 64%) is worth noting. 8 of the 10 industries had agreement rates over 50%, indicating strong sentiment towards eventual disruption. There are, however, discrepancies in self-assessed knowledge and reported attitudes. 87% of Oil & Gas executives reported excellent-to-expert-range understanding of blockchain. Contradictorily, though, 61% of the same agreed with the statement “blockchain is a database for money. It doesn’t make sense to use it for applications outside of financial services or facilitating financial transactions”. Given that an excellent understanding of the technology would absolutely include familiarity with its extensive non-financial applications, this seems to betray slight overconfidence in proficiency. 8 of the 10 industries reported excellent familiarity at rates of 70% of above, with public sector respondents self-ranking lowest at just 52%. As distributed ledger technology continues to develop, its growth with likely be accelerated by the continued market entrance of large players like those surveyed here. As the Deloitte analysis succinctly captures, though, these enterprises have significantly different challenges and needs in developing and deploying blockchain solutions, mostly stemming from their far more elaborate structures and detailed requirements than the “emerging disruptors” most often discussed within the community. There is clearly great potential for industry penetration in almost every major sector, though, and the attitudes reflected here indicate with almost-perfect certainty that blockchain technology will continue to grow in both experimental and enterprise use cases.