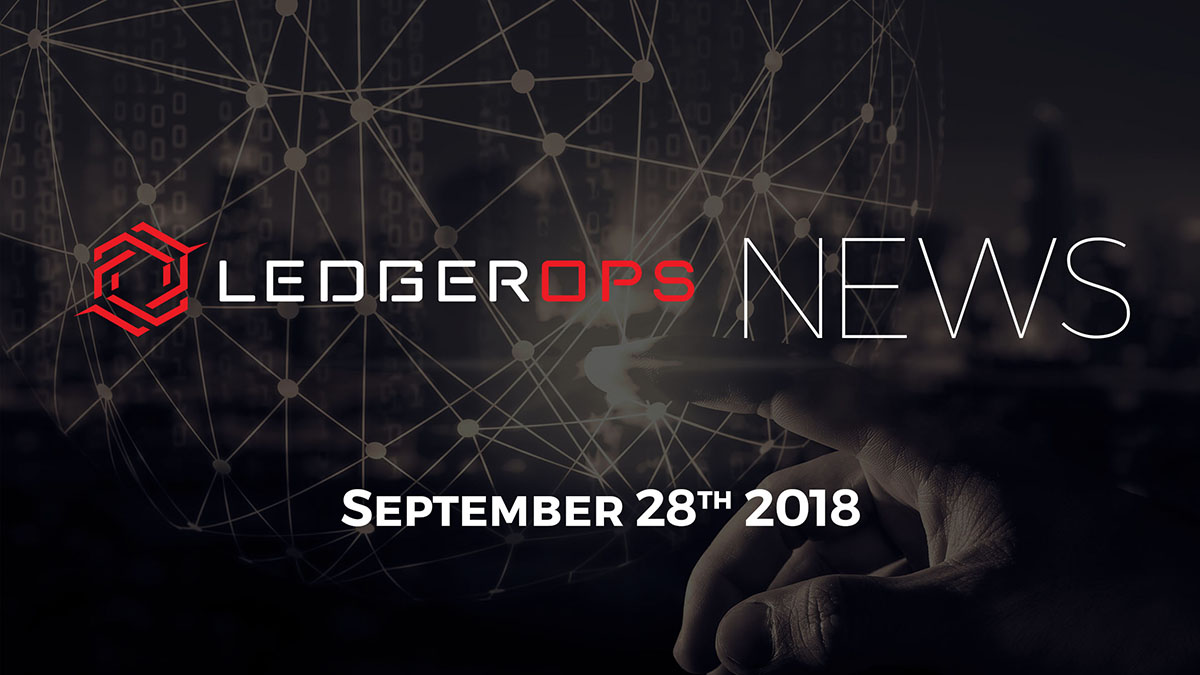 Just another notch in the belt of online retail theft. There are many reasons in which online shopping represents a higher risk to customers. Some of the risks are due to the inherent vulnerabilities that publicly-exposed systems present and the fact that attackers do not require physical access to the systems for exploitation. This removes many of the obstacles for attackers and if a single vulnerability is exploited, it could lead to millions of adversely affected customers. The write-up of the event can be read here.

The foundation of blockchain has been predicated upon security, trust, and integrity. However, where there is good, malicious actors will find a way to capitalize on exploiting it. The same is true for cryptocurrency. McAfee Advanced Threat Research found that cryptomining malware had boomed in the second quarter of 2018. The numbers show almost a 90% increase in the prevalence of cryptomining malware.

Starting your own blockchain is no small feat. Organizations need resources, and lots of them. Computing power, energy consumption, and personnel to manage the blockchain infrastructure can be extremely costly to new ventures seeking to break into the blockchain space. Therefore, cyber criminals are leveraging compromised systems to mine cryptocurrencies, at little to no cost to them. Their business model is one that yields immediate profits and is relatively sustainable. The formula is simple; infect as many systems as possible with cryptomining malware and let them do the hard work.

Have a look at the article here.

The New Battleground Includes Cyber Warriors in the Marine Corps

General science, arithmetic reasoning, word knowledge, paragraph comprehension, mathematics, electronics, automotive, mechanical, assembly, and verbal expression. These are all current categories that are included in the general aptitude tests that the United States military conducts on candidates. However, there is a new area coming to these tests in October 2018; Cyber Security. Marine candidates will now be given aptitude tests in cyber security that will determine if they have the basic knowledge to contribute to the new battleground.

Cyber warfare has become a mainstay in militaries around the globe. However, the threats are constantly growing and additional support is required. This new approach was first introduced and tested by the U.S. Air Force as a method to streamline candidates with such knowledge.

How to Stop E. Coli; Blockchain…

Walmart has stated that by September 30th, 2019 all their suppliers of leafy greens will be required to join this effort and provide the ability to trace their products back to the farms within seconds. This integration not only speeds up numerous internal processes, but it could eventually save lives. The use cases for blockchain are steadily growing and this is one of the newest and most compelling examples.

Computing giant IBM filed a patent with the U.S. Patent and Trademark Office on September 20th, detailing the solution to leverage blockchain to securely store the sensitive data produced by unmanned aerial vehicles (UAV). Using the distributed ledger system of blockchain, securing the vast troves of UAV data can be a realistic goal and no longer a dream. Since the commercialization of UAV usage, the industry has been flooded with data that needs to be protected. With any modern science innovation, such as UAV’s, there are increases in the amount of data produced. This data must be stored at some compacity and be protected as well.

The footage and data of UAV flights can include military, defense, government, and otherwise proprietary information. This information, at times, must also be readily accessed. The drivers behind the chess move by IBM are moving the ball forward. With new privacy regulations, such as GDPR, the data captured from these drones needs a robust, secure, and scalable solution. Get the full scoop on this topic here.

IBM isn’t the only major player making moves in the blockchain space either. Recently, the United Kingdom’s biggest port operator is exploring blockchain as a solution as well. Associated British Ports (ABP) recently released news that it will explore blockchain as the go-to solution for improving connectivity throughout the 21 major ports that it owns and operates.

Speed has long been the number one concern of the applicability and adoption of blockchain, especially in global settings. However, some organizations will not quit until blockchain has reached its true potential. An Australian Federal Service Agency recently completed their test of the University of Sydney’s blockchain network.

The test demonstrated that the blockchain could process 30,000 cross-border transactions per second. This is a gigantic win for every blockchain supporter. The test was conducted using 1,000 blockchain nodes across 14 different countries in the Americas, Europe, and Asia-Pacific. If organizations continue to push the envelope, blockchain will be integrated into our daily lives sooner than previously thought.